Crypto currencies in 2019 and what their future looks like 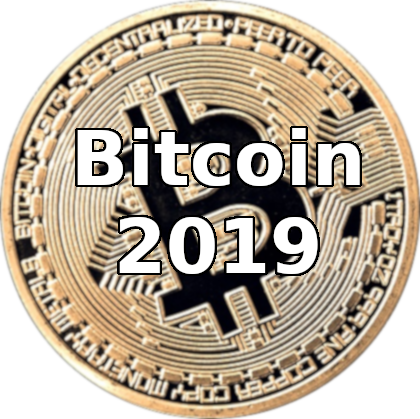 I will follow in this post the same structure that I used last year when I looked at what had happened in the bitcoin and crypto currency world. Let’s then go ahead and make a summary about last year – the year 2019.

Price was going up

When Bitcoin’s value peaked in June 2019, it was again the most searched term in google (check it at Google trends) globally.

There was speculation that bitcoin could save Argentina and rumors that Russia might make a big investment in bitcoin. Bitcoin has not saved Argentina yet ;), but Argentina did take some small steps towards using it.

J.P. Morgan first denied crypto, but then quickly introduced its own.

HTC lauched a smartphone that supported bitcoin and there were rumors that Samsung would be doing the same.

Some apps, like Square, were moving to adopt the lightning network, that would increase the transfer capacity greatly.

Around the middle of the year, Facebook told more about its cryptocurrency project and got instant opposition from Europe and soon went to senate hearing in the US. The US treasury department voiced its concerns and law makers considered banning it. Soon after that, Facebook started to claim that if they are not allowed to do it, then the Chinese will do it first. However, that did not convince central banks.

Telegram was the other high profile company that was supposed to launch its crypto currency at the end of the year, but SEC filed an emergency motion to stop it. Telegram offered to return the ICO money to the investors, since they didn’t succeed to launch their TON in time. However, investors didn’t want to take it back. SEC is powerful, but seems to be missing authority as it is claiming that tokens are essentially same as securities, although they are completely different (IMHO).

LINE App received final regulatory approval in Japan, and launched a cryptocurrency exchange service for its 80 million Japanese users. They are planning to start trading of their own LINK token in April 2020 in Japan. They already launched it internationally last year, but since almost half of their users are in Japan, this is a significant addition.

Countries are testing it

Venezuela is testing Bitcoin in addition to their own crypto (Pedro), and North Korea is thinking about building its own crypto. Marshall Islands is proceeding to launch its own crypto, perhaps just before China or Switzerland.

What is the current state?

Looking at the future

A new summary next year!

Read more here about the most impactful crypto companies in the year 2019.